intensely brilliant lights, an eighth of an[?] inch in diameter, on the points of the fingers and thumb of her hand. I was particularly strick[?] by the fact that the sleeve of the dress on the arm was entirely different from that worn by Mrs. Holmes, the latter being a closely fitting black silk fabric and extending to the wrist, the former a gauze-like short white sleeve.

After appearing many times, as stated, she asked that the light be lowered, and she would try to appear to us in full form. After a few moments, the members of the circle continuing to sing, the cloud-like appearance in front of the curtain was seen as on the previous evening, which seemed to concentrate until the dim but visible form of “Katie” was discernible to all who were present. The form was not as distinct as on the previous evening, and this was spoken of as it faded away. After a few moments the distinct form of “Katie” stepped out from behind the curtain, and, addressing the circle, asked in a clearly audible voice, “Can you see me now?” She was dressed in a robe of thin white texture, and her features were plainly recognizable by those who had seen her frequently before. She did not again appear after fading away before our eyes, and tlie séance closed. We at once entered and critically examined the parlor, and found everything precisely as it was immediately before the light séance commenced. Mrs. Holmes was in the bag, which was just as it was when secured by Mr. Dennis and myself before the circle began. The hands of Mrs. Holmes could not possibly have been out of the bag during the time when the arm and hand were being extended frequently through the aperture into the sitting-room and it was equally impossible for any accomplice of the medium to have done it.

It must be borne in mind, also, that these séances were held at the private residence of Mr. and Mrs. Wood, and that there were no traps, contrivances, masks or other devices available for trickery or deception. Mr. and Mrs. Wood are most estimable and reliable persons, and would not for a moment tolerate the practice of the least deception in their home, and they both assured me that it was impossible, from their knowledge of what Mrs. Holmes brought with her, that she could have practiced any deception thoughtlessly charged against herself and husband.

Not only has Mrs. Holmes proven herself a genuine medium, but one of the most remarkable that has appeared since Modern Spiritualism ...wned upon the world. Single handed and ...one she has faced a storm of aspersion and denunciation such as few persons were ever called upon to endure. She has triumphantly rindicated[?], through the aid of her wonderful spirit guides, her claims of veritable mediumship, and has fulfilled wonderfully her part as a true woman and a noble wife. Fiat Justitia.

A list of recognized Mediums ― Frauds in America (Spiritual Scientist)

A Budget of Good News

The organization of Col. Olcott’s ‘Miracle Club’*[1] is progressing satisfactorily. Applications are daily received from those wishing to join, but few selections have been positively made; as it is desired that the Club should be composed of men of such standing, and scientific, and other attainments, as shall afford to the public a perfect guarantee of the trustworthiness of any conclusions they may reach.

The medium who is to sit with the investigators, being actively interested in certain business operations, has been temporarily called from New York. Meanwhile in anticipation of the commencement of his report of the séances of the Miracle Club, Col. Olcott authorises the announcement that he will contribute to the Scientist some of the results of his winter’s reading, in the form of a series of articles entitled “What the Ancients knew, and what the Moderns think they know.” This popular author in addition to what he gleaned in his researches among the splendid collections of the “Watkinson Library of Reference,” in Hartford, has recently had access to some ancient manuscripts, furnished him by “one who knows when and how,” as the phrase goes; and our readers may count upon both entertainment and instruction in the papers which will appear in this Journal.

We shall also begin at once the publication of a most important paper contributed by N. Wagner, Professor of Zoology in the University of St. Petersburg, and the Huxley of Russia; it gives the results of recent séances held with a French medium, named Brédif, by Prof. Wagner and two other professors of equal eminence. The document, which will appear in three successive chapters, has been translated from the Russian language for this paper by Madame Blavatsky, the accomplished lady, to whose trenchant pen several American journals are indebted for recent contributions which have elicited the highest praise for the elegance of their style and the vigour of their argument.* 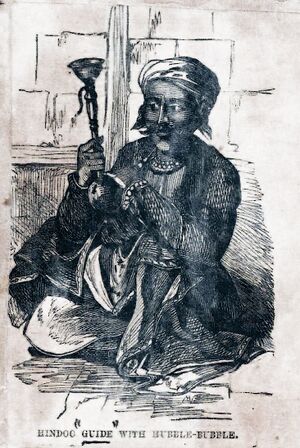