Legend There are some special styles used in text.<br> Move over the names to get more information<br>or click DT to see all design templates

<Picture of sphinx and child> 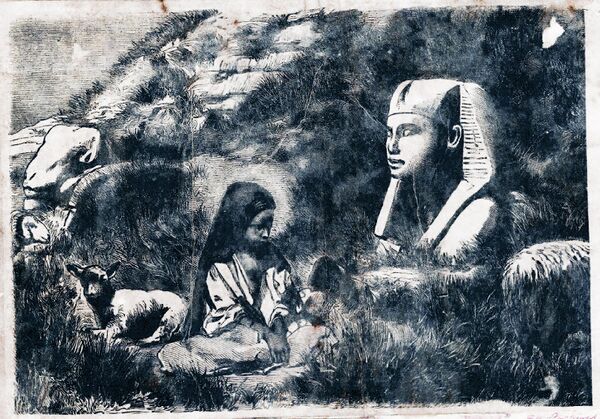 Among the numerous sciences pursued by the well-disciplined army of earnest students of the present century, none has had less honors or more scoffing than the oldest of them—the science of sciences, the venerable mother-parent of all our modern pigmies. Anxious, in their petty vanity, to throw the veil of oblivion over their undoubted origin, the self-styled, positive scientists, ever on the alert, present to the courageous scholar who tries to deviate from the beaten highway traced out for him by his dogmatic predecessors, a formidable range of serious obstacles.

As a rule, Occultism is a dangerous, double-edged weapon for one to handle, who is unprepared to devote his whole life to it. The theory of it, unaided by serious practice, will ever remain in the eyes of those prejudiced against such an unpopular cause, an idle, crazy speculation, fit only to charm the ears of ignorant old women. When we cast a look behind us, and see how, for the last thirty years, modern Spiritualism has been dealt with, notwithstanding the occurrence of daily, hourly proofs which speak to all our senses, stare us in the eyes, and utter their voices from “beyond the great gulf,” how can we hope that Occultism, or Magic, which stands in relation to Spiritualism as the Infinite to the Finite, as the cause to the effect, or as unity to multifariousness, how can we hope, I say, that it will easily gain ground where Spiritualism is scoffed at? One who rejects a priori, or even doubts, the immortality of man’s soul can never believe in its Creator, and blind to what is heterogeneous in his eyes, will remain still more blind to the proceeding of the latter from Homogeneity. In relation to the Cabala, or the compound mystic textbook of all the great secrets of Nature, we do not know of anyone in the present century who could have commanded a sufficient dose of that moral courage which fires the heart of the true adept with the sacred flame of propagandism—to force him into defying public opinion, by displaying familiarity with that sublime work. Ridicule is the deadliest weapon of the age, and while we read in the records of history of thousands of martyrs who joyfully braved flames and faggots in support of their mystic doctrines in the past centuries, we would scarcely be likely to find one individual in the present times, who would be brave enough even to defy ridicule by seriously undertaking to prove the great truths embraced in the traditions of the Past.

As an instance of the above, I will mention the article on Rosicrucianism, signed “Hiraf.” This ably-written essay, notwithstanding some fundamental errors, which, though they are such would be hardly noticed except by those who had devoted their lives to the study of Occultism in its various branches of practical teaching, indicates with certainty to the practical reader that, for theoretical knowledge, at least, the author need fear few rivals, still less superiors. His modesty, which I cannot too much appreciate in his case—though he is safe enough behind the mask of his fancy pseudonym—need not give him any apprehensions. There are few critics in this country of Positivism who would willingly risk themselves in an encounter with such a powerful disputant, on his own ground. The weapons he seems to hold in reserve, in the arsenal of his wonderful memory, his learning, and his readiness to give any further information that enquirers may wish for, will undoubtedly scare off every theorist, unless he is perfectly sure of himself, which few are. But book learning—and here I refer only to the subject of Occultism—vast as it may be, will always prove insufficient even to the analytical mind, the most accustomed to extract the quintessence of truth, disseminated throughout thousands of contradictory statements, unless supported by personal experience and practice. Hence, Hiraf can only expect an encounter with some one who may hope to find a chance to refute some of his bold assertions on the plea of having just such a slight practical experience. Still, it must not be understood that these present lines are intended to criticize our too modest essayist. Far from poor, ignorant me be such a presumptuous thought. My desire is simply to help him in his scientific but, as I said before, rather hypothetical researches, by telling a little of the little I picked up in my long travels throughout the length and breadth of the East—that cradle of Occultism—in the hope of correcting certain erroneous notions he seems to be labouring under, and which are calculated to confuse uninitiated sincere enquirers, who might desire to drink at his own source of knowledge.

In the first place, Hiraf doubts whether there are in existence, in England or elsewhere, what we term regular colleges for the neophytes of this Secret Science. I will say from personal knowledge that such places there are in the East—in India, Asia Minor, and other countries, As in the primitive days of Socrates and other sages of antiquity, so now, those who are willing to learn the Great Truth will find the chance if they only “try” to meet someone to lead them <... continues on page 1-42 >